Home / ABOUT / Our Story

Preparing the next generation of students to lead, innovate and thrive in the modern world.

Da Vinci students are preparing for college, career and life simultaneously through a project-based, real world curriculum that is shaped by industry and higher education partnerships to ensure our students have access to a broad range of choices when they leave Da Vinci.

Da Vinci Schools are small schools with a big heart. Every student is known, seen and valued. Discover what it’s like to be a Da Vincian. 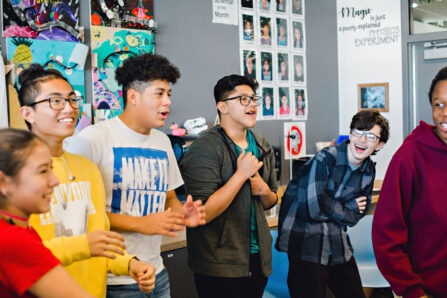 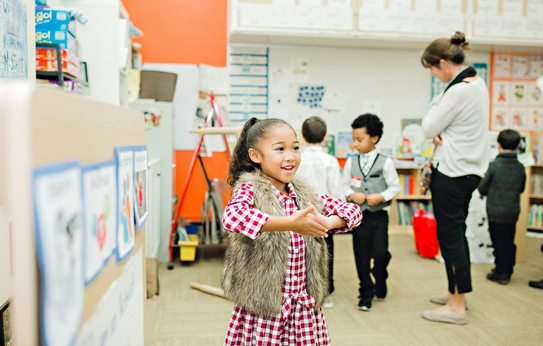 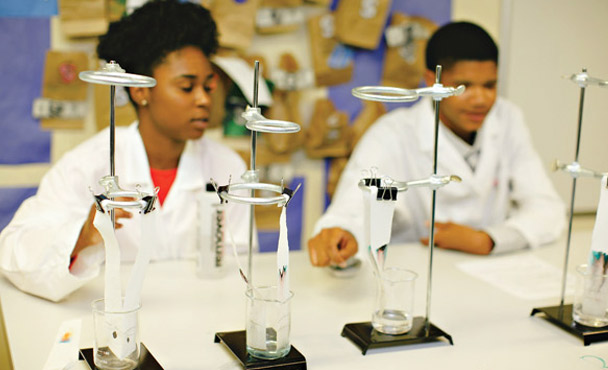 of only 10 schools in the U.S. to win a $10 million XQ ‘Super School’ grant to reimagine high school

of Getting Smart’s “Top 75” School Networks in the nation

Vision
A new generation of students prepared to lead, innovate, and thrive in the modern world.

Mission
Da Vinci Schools seeks to improve the quality of life for our students by cultivating culture, building future-ready skills, developing partnerships, and creating impact in our work to solve complex educational problems.

Aspirational Values
At Da Vinci Schools, we aspire to the following values:

Critical Success Factors
What is most vital during the next 3-5 years to fulfill our vision and achieve our mission?

2008
The K-8 Wiseburn School District authorized two independent charter schools, known as the Wiseburn 21st Century Charter Schools, to provide a neighborhood high school option for its residents and other students. In an ideation workshop, students named the schools Da Vinci Schools after Leonardo da Vinci who was accomplished in both the arts and sciences, and who learned by doing. This integrated approach to learning was the vision for Da Vinci Schools. There were a number of founding team members who designed and co-founded Da Vinci Schools, including Dr. Nicole (Tempel) Assisi, the founding principal of Da Vinci Science, Da Vinci Design, and Da Vinci Innovation Academy (now Da Vinci Connect).

2012
Da Vinci Schools was one of only eight projects in the nation awarded a Wave III Next Generation Learning Challenges (NGLC) grant, funded by the Bill & Melinda Gates and The William and Flora Hewlett Foundations, to start a new high school-college pathway with a real-world, project-based curriculum and an increased focus on computer-based instruction.

2013
Funded in part by the NGLC grant, Da Vinci Communications opened with 64 9th grade students and an optional 5th year of high school providing students the opportunity to complete up to one year of college credit while in high school.

Da Vinci was invited by the Los Angeles Unified School District to serve as a best practice demonstration site for establishing a regional real world learning model as part of a $15 million Career Pathways Grant from the state’s Department of Education for programs linking learning and career and technical education.

Wiseburn Unified School District, formerly Wiseburn School District, became California’s newest K-12 unified school district on July 1, 2014. The Wiseburn Board continued to partner with the five-year-old Da Vinci Schools to deliver its high school program, rather than going through the arduous and costly process of starting its own high school from scratch.

2016
RISE High was one of only 10 schools in the nation to win a $10 million XQ ‘Super School’ grant to reimagine high school. Created with the help of 30 founding students, Da Vinci RISE High was created for youth in need of a flexible learning schedule, including students navigating foster care, experiencing housing instability, probation and/or other circumstances that have caused disruptions in their academic journeys.

RISE High opened a second site in South Los Angeles at A Place Called Home to provide robust educational opportunities and wraparound counseling, tutoring, and diverse extracurricular opportunities for chronically underserved students who have become disconnected from the traditional school system because of circumstances like homelessness and foster-care placement.  LEARN MORE >

The LA County Board of Education unanimously approved Da Vinci RISE High as a countywide charter, allowing Da Vinci to provide RISE students with access to a consistent school environment so they may maintain academic progress toward graduation even when they move across district boundaries. The Wiseburn-authorized RISE High closed and RISE High re-opened as a LACOE-authorized charter in September 2018.

Da Vinci RISE High received national recognition as the first alternative school to be named one of Teach For America’s Schools to Learn From. RISE served as a learning laboratory by hosting visits and facilitating professional development for educators across the country.

Da Vinci Schools is recognized as One of America’s Most Innovative Educational Organizations by the Yass Foundation, in partnership with the Center for Education Reform and Forbes Media. Da Vinci RISE High was named a semi-finalist in competition for $1 million national prize.

2023
Da Vinci Connect TK-8 is one of 356 elementary schools out of 5,824 statewide to be recognized as a 2023 California Distinguished School by the California Department of Education for its outstanding work in closing the achievement gap and achieving exceptional student performance.