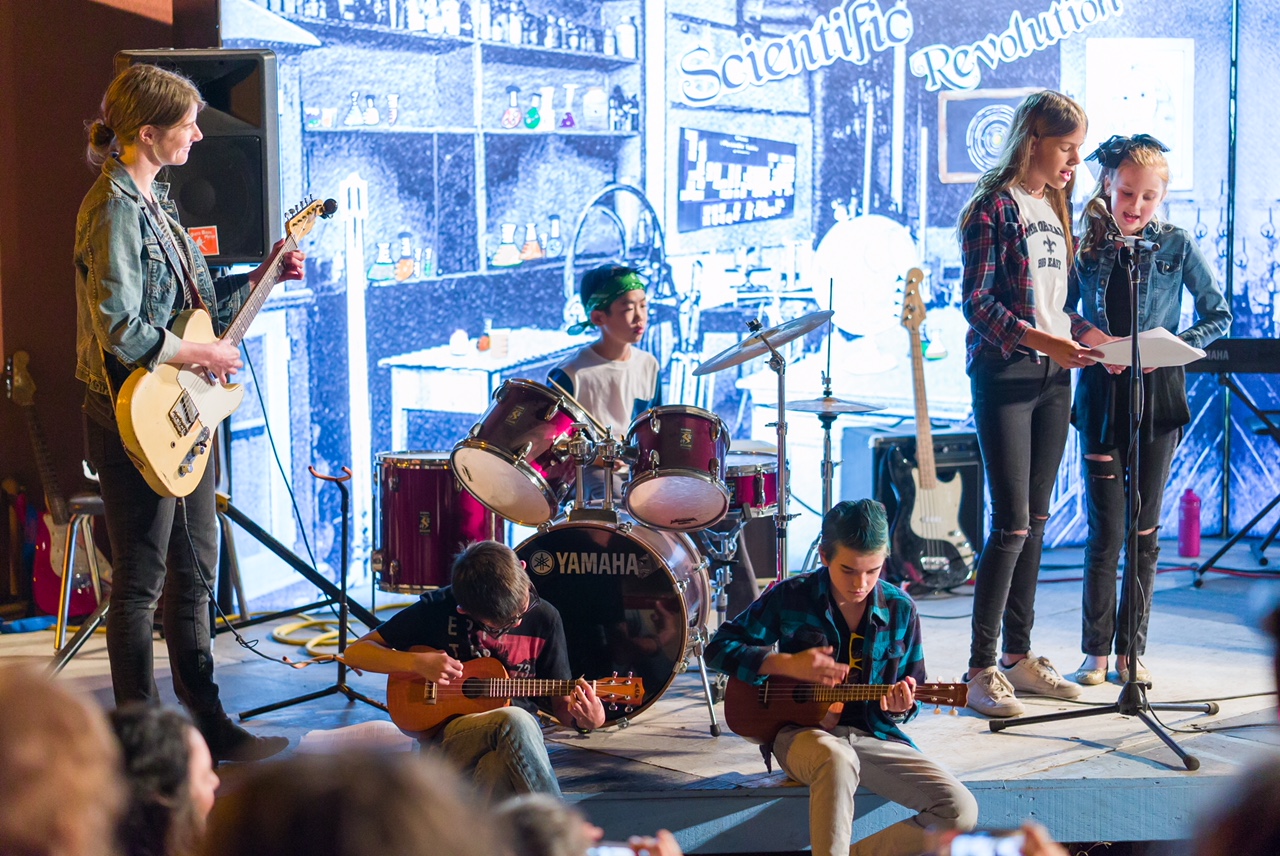 The Art & Science of a Rock Opera

DVIA middle school students recently participated in an interdisciplinary project that focused on the history of science culminating in a Rock Opera that told the story of the Scientific Revolution. In humanities, students focused on the history of science and scientific development from the Islamic Golden Age through the Scientific Revolution and on to the development of modern chemistry. In science, students explored chemistry with an emphasis on the development of synthetic materials. In math, they looked into the lives of the famous mathematicians who were working alongside key scientists during the Scientific Revolution. Students then went on to write an entire Rock Opera that told the history of science through song, narration, dancing and acting. Many students put the time into learning how to play instruments and play with a band for the Rock Opera. Students had the chance to perform in front of an Exhibition audience and had a blast!